The Electoral Commission says its officials who have been accused of tampering with ballot papers in the Awutu Senya East Constituency in the ongoing Presidential and Parliamentary elections have been picked up  by the police.

It comes after viral images of tampered papers hit social media in the wake of the Presidential and Parliamentary polls. 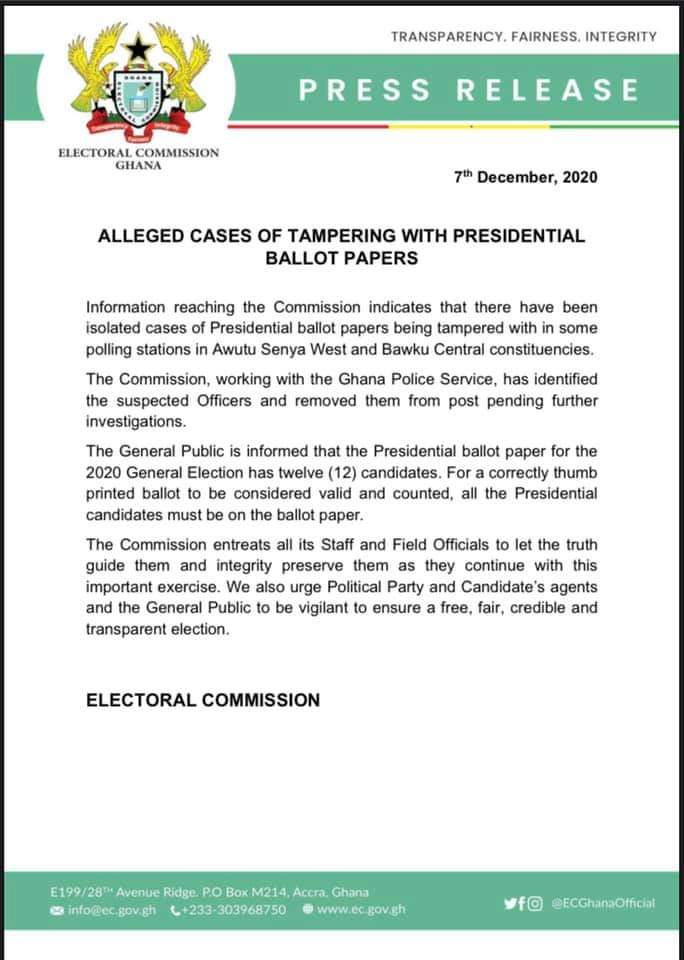 Ghanaians are voting today to the polls today Monday, December 7, 2020, to elect a President and 275 Parliamentarians.

Over 17 million voters are expected to take part in the exercise. The figure is  2 million more than the number of voters who voted in the previous election in 2016.

The electoral commission has said over 33,000 polling stations have been dedicated for the presidential and parliamentary polls.

The race is largely between the incumbent President Nana Addo Dankwa Akufo-Addo of the NPP and former leader John Mahama of the NDC. Ten other presidential candidates are contesting in the polls.

Electoral materials have been dispatched to the various voting centres.

The Electoral Commission says it aims to declare results within 24hours.