Police in the Ashanti Region have arrested two persons for their alleged involvement in the sale of unwholesome chicken.

According to authorities at the Kumasi Metropolitan Assembly (KMA), one of its Environmental Health Officers stationed at the Adankwame bus terminal at Kejetia detected a foul smell while on duty on Friday evening. 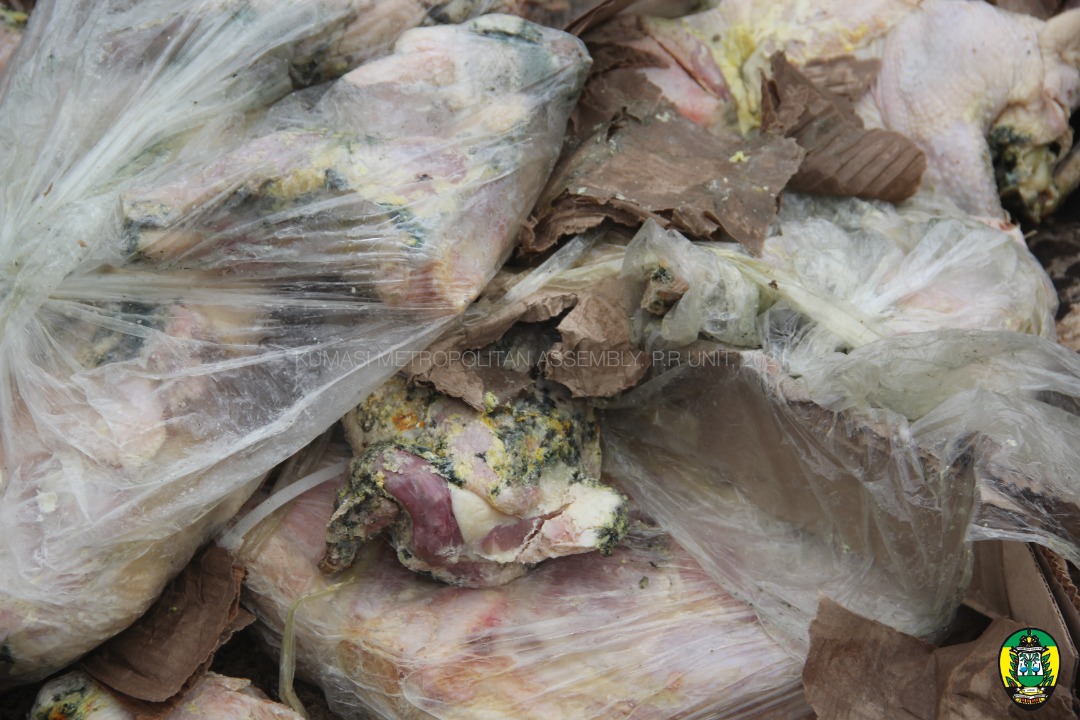 Upon follow up to where the smell was emanating from, the officer saw a woman transporting cartons of chicken and insisted on inspecting the product.

The inspection revealed that the woman, who has been identified as Abiba, was transporting unwholesome chicken she had bought from the market.

The Public Relations Officer for KMA, Henrietta Afia Konadu Aboagye told Citi News further probe revealed where Abiba bought the chicken from and that led to the arrest of one Kwadwo Asare.

“They have been taken to the Police Station. The Police kept them overnight. The CID has also told us there will be further investigations and after that, they will proceed to court to see what will happen. The items have been seized and the people have been arrested and they are going to carry out further investigations so that if there are more items in the cold store where the chicken was being kept, they will be destroyed,” she said.

By NEWSWIRE GH5 hours ago
News

By NEWSWIRE GH2 days ago
News

By NEWSWIRE GH2 days ago
News