The lawyer representing suspects in the Western Togoland secession case has been arrested after he was found out to be fake.

According to the Police, Dennis Seyram Benson who parades himself as a lawyer has been representing the suspects since the inception of the case.

The Police in a statement said, the demeanor of Seyram Benson in court raised suspicion leading to a background check which revealed that he was a fake lawyer.

The 42-year-old man has since been arrested and is currently helping the Police with investigations. 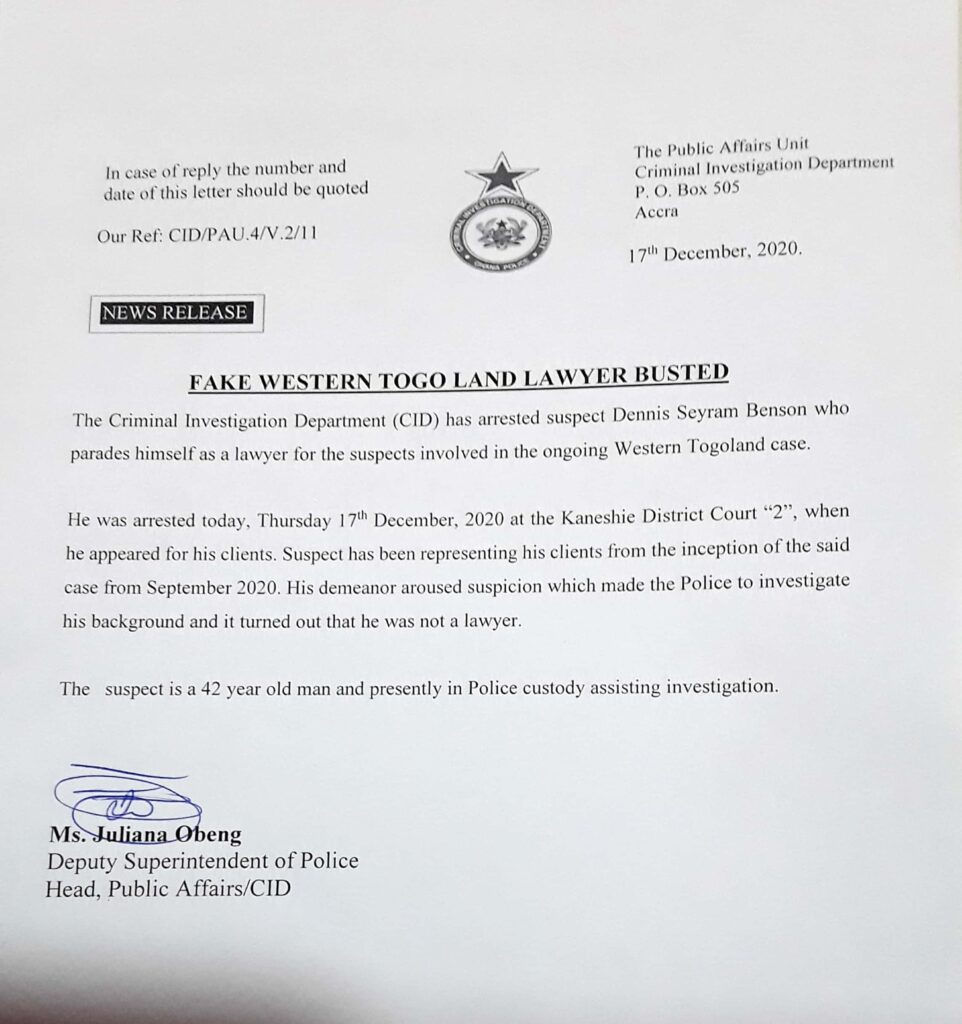 Meanwhile, the Circuit Court in Accra presided over by Mr Emmanuel Marvin Essandoh has granted bail in a combined sum of GHc2.5 millions to 25 of the accused persons who have been charged in the western Togoland case.

The 25 accused persons have each been granted bail in the sum of GHc100,000 with two sureties each.

The sureties the court said should be public servants earning not less than GHc4000 per month and report to the police.

Four out of the 29 who appeared before the court today were also discharged after prosecution had amended it charge sheet.

They are on charges including treason felony.

US energy department caught up in cyber attack