The Accra Regional Police Command says it has secured a restraining order against the National Democratic Congress (NDC), banning it from embarking on further protests and demonstrations in Accra.

The Police Command in a statement explained that the prohibition order follows an Affidavit filed by the Police upon receipt of notification from the Greater Accra Regional Chairman of NDC, Kobina Ade Coker, on the party’s intentions to stage protests in constituencies across the region.

“In a matter between the Republic (Ghana Police Service) and National Democratic Congress and Kobina Ade Coker, the High Court, under Justice Elfreda Amy Dankyi (Mrs.), has prohibited all NDC intended protests from Sunday, December 20, 2020, to January 10, 2021,” the Police statement said.

The Regional Police Command said it cannot provide protection for the NDC during the protests due to “post-election and multifaceted security operations for the festive season and beyond.”

It further cautioned the general public, especially sympathizers, followers, and supporters of the NDC, to comply with the restraining order by not participating in any protest.

“The request by the NDC cannot obviously be met by the police in view of ongoing post-election and multifaceted security operations for the festive season and beyond. The Regional Police Command is hereby drawing the attention of the general public especially sympathisers, followers, and supporters of the NDC to the restraining order and compliance.”

Supporters of the NDC across the country have been protesting the outcome of the 2020 elections.

Apart from grievances at the constituency level, the NDC has also rejected the outcome of the presidential election which saw Nana Akufo-Addo declared president by the Electoral Commission.

Read the full statement below; 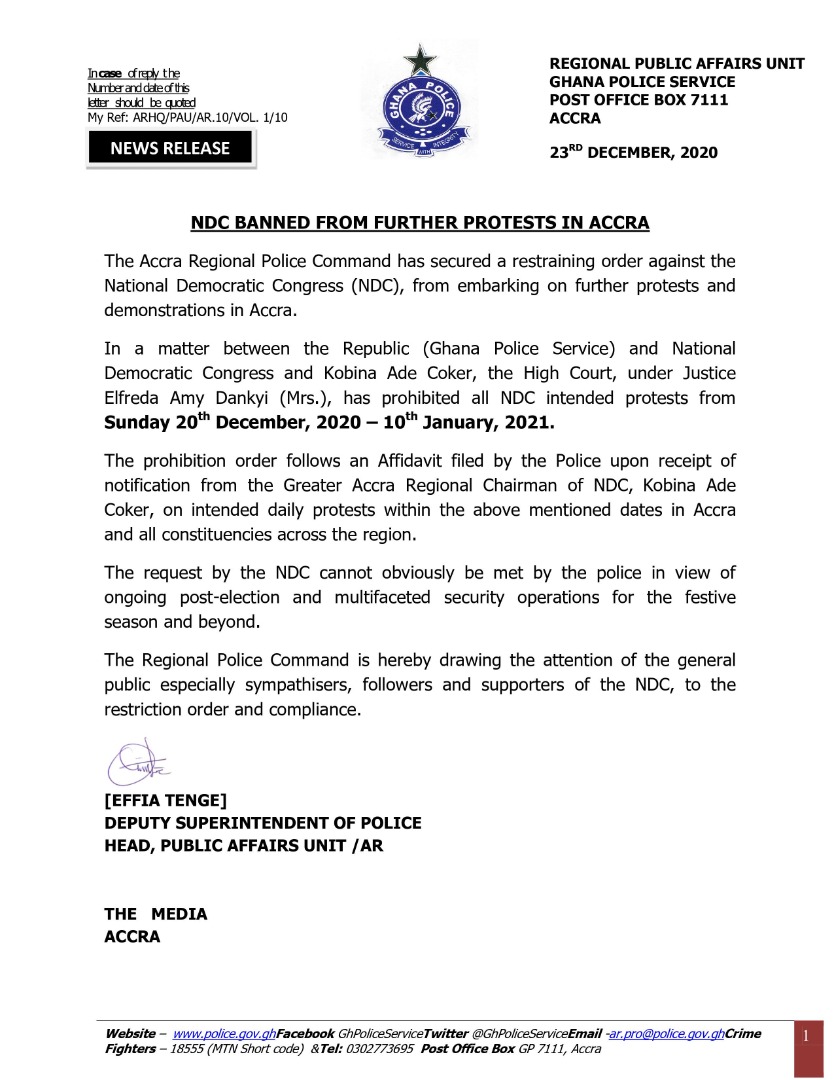