Lionel Messi, who is yet to score for PSG since his move in the summer, was substituted in the second half of Sunday’s league win against Lyon; MRI scan shows bruising to the bone with a follow-up examination in 48 hours; PSG due to host Manchester City in the Champions League on Tuesday.

Messi, who was substituted on his home debut against Lyon on Sunday, underwent an MRI scan which confirmed signs of bruising to the bone.

The French league leaders confirmed on Tuesday the forward will undergo a follow-up examination in 48 hours.

Messi, 34, has not scored in his first three appearances since he joined on a free transfer in August following his departure from Barcelona.

Mauricio Pochettino’s side are due to play against Montpellier at home in the league on Saturday before hosting Manchester City in the Champions League on Tuesday. 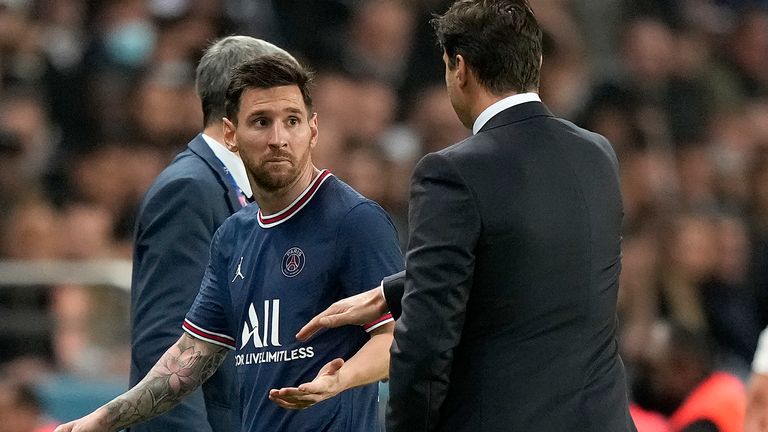 Messi, who hit the crossbar with a free-kick in the first half against Lyon, appeared frustrated at being substituted for Achraf Hakimi in the 76th minute of the comeback 2-1 win at the weekend.

However, speaking at his pre-match news conference, Pochettino said: “I’m really happy with what he did during the match, he played a great first half.

“All the great champions don’t want to leave the pitch.”

‘Awako may not play for Hearts of Oak’ – Agent reveals

By NEWSWIRE GH22 hours ago
Sports

By NEWSWIRE GH2 days ago
Sports

Ghana kicked out of WAFU Zone B U-17 championships

By NEWSWIRE GH5 days ago
Sports